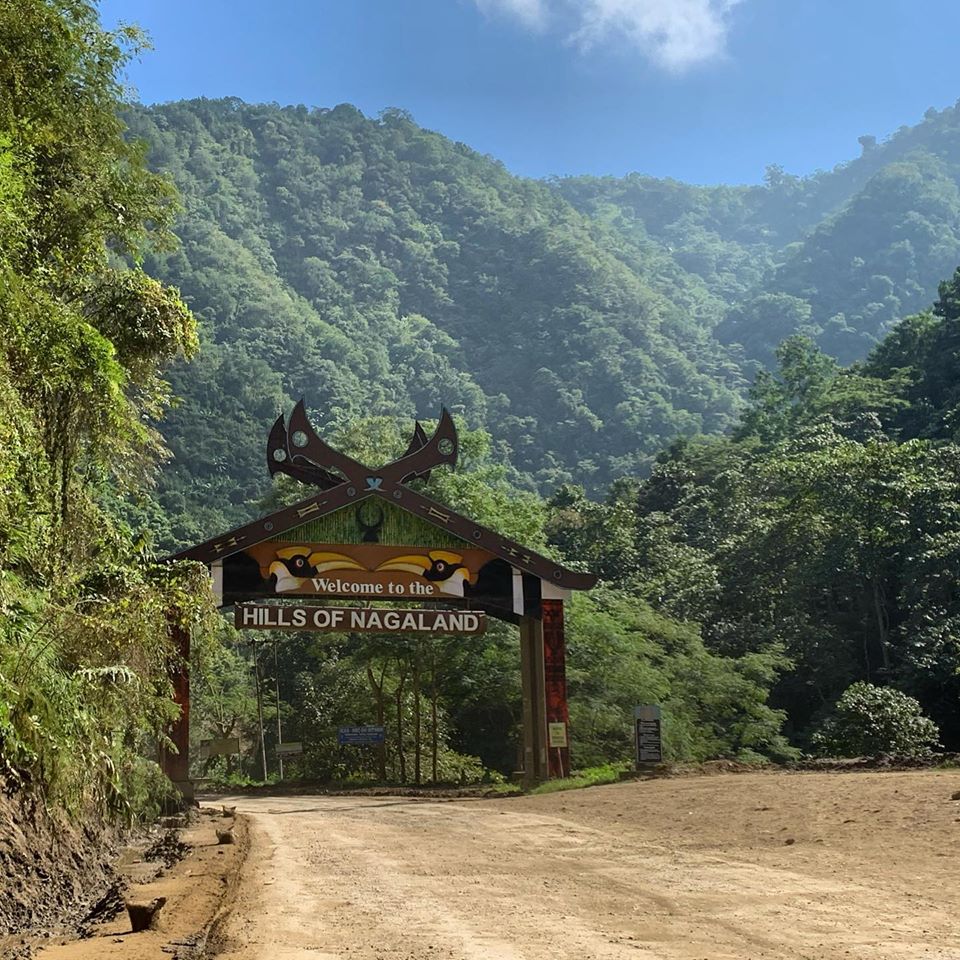 Waking up after yet another “worst day of the trip so far” we knew what we needed to do. We had thought that having over a month off of the roads might have re-energised us enough to want to spend the next couple of months travelling around Nepal and North-East India, but after just three days back on the road and only one and a half days in Nepal, we’d had enough. We were no longer enjoying our adventure, and we needed to leave the Indian Subcontinent as quickly as possible. From Thailand, we knew that the road and driving conditions would be better, so we could easily drive down to Singapore in about a week and end the UK-Singapore leg of our journey early if we wanted to.

There were two obstacles stopping us from leaving for Thailand immediately. Firstly, like China, Myanmar requires that foreigners driving foreign vehicles in the country have a guide. Also like China, this is a lot cheaper to do in a group compared to alone. As we initially thought we wouldn’t be driving through Myanmar until Christmas, we had not really started to organise this – which actually worked in our favour as it meant that we lost no money by bringing our plans forward by a month or so. Our second obstacle was the news about Thailand – that from the 1st November, the borders between Myanmar and Thailand would be enforcing the three year old (previously forgotten) rule that foreigners with a foreign vehicle would need both a permit and a guide for Thailand.

Kitty, our second companion during our guided drive through China, was booked onto a five day tour though Myanmar with 7 other people starting on the 19th November. If we joined her, we would have 15 days to drive to the India/Myanmar border which was around 1400 miles away – just under 100 miles a day. In Europe, it wouldn’t even be a question as to whether this distance is possible within this time frame. However we were definitely not in Europe any more.

There were a lot of unknowns – could we make it to the India/Myanmar border in time? Could we keep up with the pace of driving 10 hours a day for the five days through Myanmar? How would we get into Thailand? Would the borders stick to their word and enforce the permit rule, or was it an empty threat? What would we do if we were refused entry at the Myanmar/Thailand border? What if we had a break down, or another crash?

We were stuck between a rock and a hard place – not wanting to wait and see what happened with Thailand in case it was bad news, and not being able to even contemplate driving back through India. We booked onto Kitty’s tour, and spent the rest of the day planning our next few weeks – potential places to stay, distances to cover each day, visa applications for Myanmar, determining when we would need to take Malaria medication for North-East India: it was a very busy day!

Thankfully, the next few days driving through Nepal were significantly better than our first day. The 250% import tax on vehicles in Nepal means that only the richest people can afford a car, so the roads were mostly empty other than bicycles. As we drove up through the mountains, we admired the lack of buildings and being surrounded by jungle; a vast difference to overcrowded India. As we drove through smaller towns, we noticed that once again people were smiling instead of grimacing at us, and when we stayed at guesthouses we were relieved to be greeted by friendly and welcoming staff instead of rude and reluctant. The food was more varied; we ate some delicious momos (a traditional Nepal dumpling). We wild camped in peace, without being harassed by locals. Those that did come by, gave us a smile and a wave, rather than surrounding us and making us feel uncomfortable. Our initial dislike of the country was lessening.

The touristic town of Pokhara was a disappointment. Having read about the lakeside town, described as the perfect place to relax, with spectacular mountain views, we were imagining scenes similar to that of the beautiful Lake Bled in Slovenia. In reality, the town was a bit of a dump, and the views of the scenery obscured by layers of pollution in the sky.

Each day we woke up as the sun rose, drove at least 100 miles until around 3pm, cooked an early dinner, and went to bed at sun set. It wasn’t the style of travelling that we enjoy, but we had a goal and we were determined to do all that we could to get to the India/Myanmar border by the 18th November.

On our final night in Nepal we pitched up on the bank of a dried out river, incorrectly thinking that we had found a quiet and remote spot. What seemed like the entirety of the nearest village came over to our car and spent the afternoon watching us whilst Chris read and I wrote diary entries. Eventually someone who could speak English came over. Narian previously worked as a taxi driver in Dubai, and had excellent English. We had what had become a routine conversation about money – explaining that in the UK, our 17 year old Land Rover was a cheap car, and unlike in Nepal, you did not need to be excessively rich to buy one. We calculated that our lovely Natalie cost only a little bit less than a cow, which many families in Nepal owned.

We checked with Narian whether it was safe/possible to camp there for the night, and he said it would be absolutely fine. He told us not to worry about our audience, that they were merely intrigued by us as most of the people around us had never seen a white person before. When Narian left, nearly everyone else stayed. Through their broken English we knew that they were all desperate for us to stay at their homes rather than camp. They accepted our polite refusals, but then started to warn us that this was a dangerous area to camp in. We would be attacked by wild animals: elephants, and snakes. Our lack of concern resulted in further warnings – the mosquitoes by the river carry dengue fever (but in the open houses down the road they did not…), there are drug addicts, wild dogs and even wild turkeys!

Our journey through the North-East of India went by quickly and relatively smoothly. Once again we were faced with unpleasant hotel staff. For some reason, where we parked our car became a nightly battle. At the first hotel we parked where we had agreed, only to be told that we couldn’t park there when we turned off the engine. The reasons for this included that we could only park there at night, the driveway was about to be washed, motorbikes needed access to the parking space, and that our car detracted from the “image” of the hotel. The final comment was one insult too many for Natalie, and we went to another hotel across the road. In another hotel in another town, we had eight hotel staff directing us into a car parking space for nearly 20 minutes. Most mornings we would be woken up early by a phone call or a knock at the door asking for our car to be moved from the dedicated hotel guest parking for no apparent reason. We discovered the joy in responding in the same way that most people responded to us every time we’d asked for something in India: “no problem sir, we will come in 10 minutes”.

As we drove further east, through the states of West Bengal, Assam, Nagaland, and finally into Manipur, the country became more beautiful, the people became more welcoming and friendlier. It was ironic that once again, we were in an area that is portrayed as dangerous, and yet we felt far more comfortable here than we had in the “safe” parts of India. We were surrounded by tea plantations, then jungles and mountains. There was a wonderful lack of buildings, vehicles and people. We found remote wild camping spots where we were completely undisturbed. We were still eager to leave, with no desire to slow down or ever return to India again in the future, but it was nice to be able to leave India without every single memory of the country being tarnished by crisis, stress and anger.

We had made it! We were 22 miles from the India/Myanmar border with enough days spare for Chris to service the car before we started our Myanmar tour. Unfortunately though, we discovered that the first (and only) group of foreigners with vehicles to attempt to enter Thailand at the Myanmar/Thailand border had been refused entry at the border. The border guards had been true to their word and were no longer allowing entry without a permit, which took 5 working days to apply for. With many overlanders having no choice but to book last minute permits, a “tour operator” suddenly appeared from nowhere, quoting astronomical prices for the permit. Several members of our Myanmar tour group backed out, unwilling to pay for a Thailand permit or to attempt to cross Myanmar without being sure if they could get into Thailand. For us, this wasn’t an option. We felt that we couldn’t mentally bring ourselves to drive back another 1000 miles through India to Mumbai. We also doubted that Natalie would come out alive. No matter the cost, we needed to get into Thailand.

We negotiated with the only tour operator as much as we could considering our disadvantageous position of needing the permit to be ready in four days time, and this guy having the absolute monopoly. In our eyes, we had the following options:

For us, option 2 seemed the most logical. As only one group had attempted to enter since the “rule change”, we didn’t know the likelihood of option 1 working, and if it didn’t work, we would have to part with more than $300. It was a lot of money, but a small price to pay to hopefully never have to drive in India again.

We spent our final few days in India completing the service on the car, sending paperwork and deposits to the tour operators in both Myanmar and Thailand, and chatting to the staff at our campsite. The end of our nearly three month long nightmare was finally in sight.

One thought on “The Great Escape”